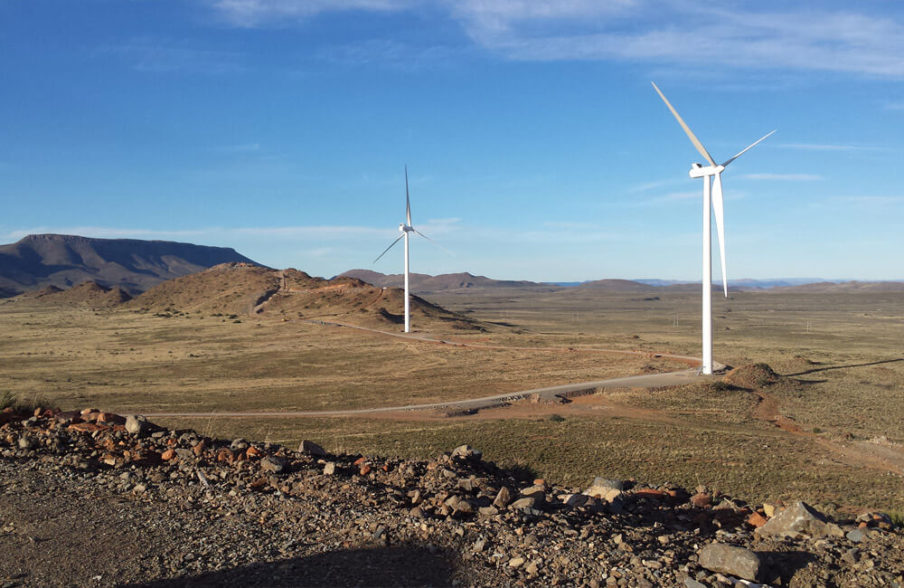 Noblesfontein Wind Farm (South Africa) currently has 41 Vestas turbines in operation. Each turbine, with a diameter of 110m can output 1800kW. They have signed a 20-year lease with Eskom to provide electricity directly into the grid.

The project comprises of 400 MW power generation capacity in total, consisting of 150 turbines, 41 with a rated output of 1.8 MW, which is installed on Noblesfontein. Another 109 turbines with a rated output of 3MW will follow soon on the nearby farmland (the C. The first phase, on Noblesfontein, (41 x 1,8MW) was commissioned in June 2014. The project was started in September 2013 and completed in June 2014. The wind farm is currently fully operational.

The completed project is expected to deliver, on average, an annual average of 872,256MWh of electricity to be supplied to the South African Power Grid over a ten-year crediting period.